The way this game works is that you will be given four sets of four songs, your job is to rank each of the sets from best to worst. First place gets 4 points, second gets 3 etc.

The song with the most points in each set will advance into the next round. If there is a tie for points, then the song with more first place votes will advance. If they are tied on first place votes as well, there will be a sudden death tiebreak. Also after the first round, the four highest scoring songs (based off point per voter so results are easier to compare) that didn't win a set will also advance to the next round.

And the Band Played Waltzing Matilda (Spotify only has re-recordings in the UK)
Last edited by Bang Jan on Wed Nov 29, 2017 2:51 pm, edited 1 time in total.
"The first word in this song is discorporate. It means to leave your body."
Top 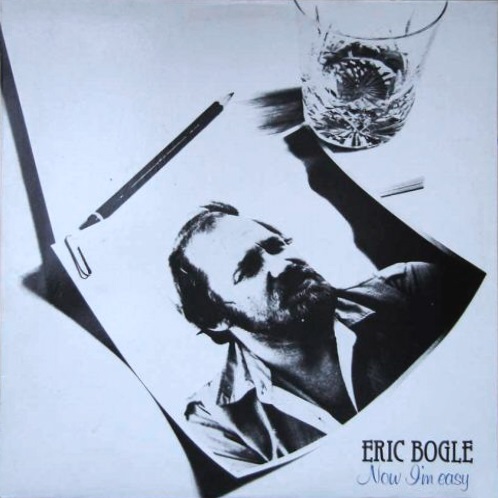 Holly Herndon | Chorus
Justus Köhncke | Was ist Musik?
Glenn Frey | The Heat Is On
Frank Sinatra | Only the Lonely

2. Eric Bogle | And the Band Played Waltzing Matilda
6. Bruce Springsteen | One Step Up
10. The Hollies | Look Through Any Window
11. The White Stripes | I Just Don't Know What to Do with Myself

The first quartet was quite terrible, but it got a lot better after that. Eurythmics would have won in the first group.
They give awards for that music? I thought just ear plugs. (Woody Allen in Annie Hall)
Top

Holly Herndon | Chorus
Frank Sinatra | Only the Lonely
Glenn Frey | The Heat Is On
Justus Köhncke | Was ist Musik?

How cool Chorus is just reinforces how disappointing the barely listenable following album was.
Don't care about the other 3 but Was ist Musik? isn't helped by the fact I kept hearing "racist music"
Top

Wow, really hard to rank these songs! Especially the overplayed "The Heat Is On" and the odd but growing "Chorus", but also all the rest as well. Bang Jan, if there will be any ties, you can disregard my vote...
Everyone you meet fights a battle you know nothing about. Be kind. Always.
Top

Another strong group, I'm pretty delighted with the quality of this first round

Fun to see Death (and Carcass) in an AM game ! I'd rather have had an earlier Death track though, I find their 80s music more fun.

9 | Gene | For the Dead
12 | Blumfeld | Verstärker
13 | Death | The Philosopher
15 | Young Jeezy | Go Crazy
Not an inspiring group, even if it isn't really bad. I like that this game kicks off with a full-blown heavy metal song - probably the least popular genre on this forum. Sadly, The Philosopher strikes me as a bit too stereotypical to stand out.

3 | Holly Herndon | Chorus
5 | Glenn Frey | The Heat Is On
8 | Frank Sinatra | Only the Lonely
14 | Justus Köhncke | Was ist Musik?
I discovered Chorus only last week and it is one of the weirdest songs I know. But dammit if it doesn't work. I almost feel guilty for ranking The Heat Is On so high as it is cheesy as hell, but that one also works. Only the Lonely is also good Sinatra. Was Ist Musik doesn't do much for me, though.

1 | Elton John | Levon
6 | The Buoys | Timothy
7 | Count Basie | Jumpin' at the Woodside
16 | Eurythmics | When Tomorrow Comes
Levon is one of my favorite Elton John tracks and I always felt is was underated. Glad to see it here. Timothy is a wacky novelty that I like and Jumpin' at the the Woodside is very catchy jazz. When Tomorrow Comes, though, is simply not for me.
Top

1. I Just Don't Know What to Do with Myself
2. And the Band Played Waltzing Matilda
3. Look Through Any Window
4. One Step Up

That last group is pretty great as a whole.
Splish splash, I was raking in the cash
Top

All four songs will be facing three unknowns in the second round.