"Midare" is on here at 7:25. The link provided goes somewhere else.

Excited this tournament is finally beginning! Although I wasn't great with my participation last go around, I hope to change that this year, having discovered some amazing tracks via this game.

I will say, Group Beta really outclassed Group Alpha - I think I'd put all four of its tracks over the other group's. And I don't want to dispute whether or not it should have been nominated/allowed, because it is legitimately an amazing track on its own right, but doesn't nominating a cover of one of the most wildly popular songs of all time feel slightly off-spirit to this game? No offense to the original nominator.
Top

I've fixed the link to Midare.
"The first word in this song is discorporate. It means to leave your body."
Top

Loving that Kimio Eto track. A good start all around.
Top

All of these were some cool discoveries (aside from 90s, which I like but also don't think is very good), but the BØRNS and Gemeni Eye tracks are my favourites.
https://www.youtube.com/watch?v=wA15oCKCYHM
Top

acroamor wrote:I will say, Group Beta really outclassed Group Alpha - I think I'd put all four of its tracks over the other group's. And I don't want to dispute whether or not it should have been nominated/allowed, because it is legitimately an amazing track on its own right, but doesn't nominating a cover of one of the most wildly popular songs of all time feel slightly off-spirit to this game? No offense to the original nominator.

I think the spirit of the game is to discover great songs. Like you said, it is an amazing track in its own right, so I wanted to share it with you guys. I discovered it from the documentary Muscle Shoals, which I highly recommend.

From Wikipedia:
In 1968, R&B singer Wilson Pickett released a cover recorded at Muscle Shoals, with guitar from a young Duane Allman, who recommended the choice to Pickett. Eric Clapton commented, "I remember hearing [it] and calling either Ahmet Ertegun or Tom Dowd and saying, 'Who's that guitar player?' ... To this day, I've never heard better rock guitar playing on an R&B record. It's the best." Session musician Jimmy Johnson said that Allman's solo "created Southern rock".

Those kinds of accolades, along with just how incredible and unique the song sounds, make it a no-brainer to deserve inclusion on this site in my view. The fact that it is not makes me think it desperately needs more exposure in games like this. I think it's the best cover of a top-500 song by a wide margin, and the only top-1000 covers I prefer are Hendrix's All Along the Watchtower, Buckley's Hallelujah, and Johnny Cash's Hurt, which are all in the top 500 themselves, where I think this song belongs.

For what it's worth, Finch - What It Is to Burn, would have been my next nominee to get in, and I don't think it's the kind of song that would do well here.
Top

One minute into ”Running in the 90s” I was sure I would put it dead last (like almost everyone else, it seems), but then the furious tempo became irresistible. It’s the song from this batch that I find myself coming back too.

Just wanted to say that. Ranking later.
Everyone you meet fights a battle you know nothing about. Be kind. Always.
Top

Ranking coming soon, but I definitely respect whoever put Running in the '90s on their list. Supposing we'll see Sandstorm or Dragostea Din Tei in another batch?
Music is a world within itself, with a language we all understand - Sir Duke (1976)
Top

The top 2 in group alpha are both in my AT 1000, they tower over the rest this week.

A bunch of good songs for the first week (1 to 5 are in a pocket). My best discovery is Rita Lee, I didn't know her.

An interesting selection, I had never heard of most of these.
Presenter of 'The New Music Show' on www.welcomberadio.co.uk, Thursdays 6-8pm (UK time)
Repeats Sundays 9-11am, Mondays 7-9am and Tuesdays 4-6pm
Top 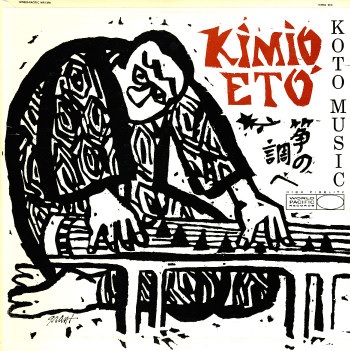 Don't forget to vote!
"The first word in this song is discorporate. It means to leave your body."
Top

A very solid start this week! I was hoping to listen more before voting, but I don't want to miss the deadline. I'll make another post if I decide to edit the order.

I liked all four of these! It came down to a battle between the stately beauty of "Holy Tuesday" and the thrill-ride of "Running in the 90's", and the elgance of David Axelrod's song won out in the end.

Again, I liked all four songs (yes, even a Beatles cover!), but the fun synth effects of "The Doula's Tulpa" won the day for me. Most unexpected for me was the fact that Wilson Pickett made something worthwhile out of "Hey Jude" - his impassioned vocal screams at the end are a thing to behold!
Top

Very solid, mostly. In contrast to Henrik I liked Running in the 90s most in it's first minute, when it reminded me of some old video game track played in overdrive. Then the vocals came on and I didn't like those.

The best of the two groups, with Kimio Eto and Gemini Eye being the big standouts of the week.
Top

There will be a list of heat winners in the original draw thread along with the repechage leaderboard so you can keep track with the listening required for the semi-finals.