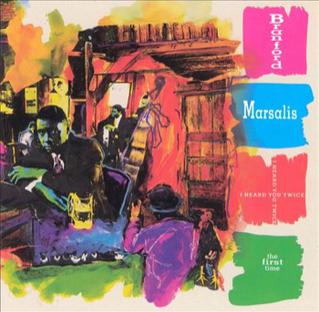 A very unusual type of song to appear here. From a jazz album no less, but not a jazz song itself. I like how the rhythm varies as the song progresses. It seems more repetitive at first than it is. A cool entry here!
Top

John Mayer – Love On the Weekend: 2

When I was getting more into music some ten years ago I asked friends and family what they were listening to and especially among the music lovers John Mayer was a big hero back then. I never understood why, as I always found him boring. Listening to Love in the Weekend I find him more than boring: I find him insufferably schmaltzy. It's like he wants a little too desperately to cozy up to you.
Top

Since no proof of the existence of the song Konomi by Nujabes has been given, I will replace it with this one:

Raul Seixas – Tente Outra Vez: 5
I feel like that
Top

Good guitar playing here, but although Seixas has a good voice he has too much the urge to go for all-out overwrought drama most of the time.
Top

It’s been a while since we last heard of Zombeels, but who else was going to take number 100?

The Deathray Davies – The Fall Fashions: 6
I feel like that
Top

The Deathray Davies – The Fall Fashions: 6'
Sounds more like a mid-90's song to me than one from the mid-00's, but there you go. I like the instrumental part quite a bit, especially the intro, but the vocals let it down somewhat for me.
Top

Chromeo – I’m Not Contagious: 4
I feel like that
Top

Not bad so much as just not my thing. The auto-tune and the high-pitched electronics put me off.
Top

Yes, there is a famous band named after the next song:

Talking Heads – Radio Head: 7
I feel like that
Top

Clearly a song with no influence on anything important at all. That name is cool, though.
Music is a world within itself, with a language we all understand - Sir Duke (1976)
Top

Going to try to get involved in this game - I really like the initiative! Going to start from January and work my way forward.

I was most surprised by my high ratings for the Elton John and LMFAO songs - they far outpace how I would normally rate songs by those artists!
Top

Moonbeam wrote:Going to try to get involved in this game - I really like the initiative! Going to start from January and work my way forward.

I was most surprised by my high ratings for the Elton John and LMFAO songs - they far outpace how I would normally rate songs by those artists!

Great to have you here, Moonbeam! Still, would it be alright for you to post song ratings in the topic for the month they belong in? It just makes it easier to keep track of things.

Talking heads - Radio Head: 6
The lyrics are very much in line with the themes of the later band Radiohead, but the music is absolutely not. All the experiments of Radiohead didn't make them hit on this vaguely Spanish-flavored carnival music. It is the first time for me to hear something from True Stories and if this song is any indication the musical depth has took a big hit. Not that it is bad, but I wondered how good it would have been if the band did this 5 years earlier.

Katerine - Papa: 2
I can't listen to this. The tune, something in the middle between baby music and a circus tune, is just too annoying for me and there is something in the high pitch of the voice that makes it even more insufferable. I translated the lyrics and beforehand I suspected a satiric, but slightly sincere tribute to Katerine's dad. I was right. The lyrics aren't bad, but not even the best lyrics could probably make me listen to this one again.
Top

91. Judas Priest - United
what a good introduction! and I like the rest too, the voice is nice. I've never taken the time to listen to this band, this song makes me want to. 7/10

92. Fiona Apple - Limp
All of Fionna Apple's songs are good, some even better than others. This one is excellent. 8/10

96. Son House – Death Letter
A superb guitar. The blues never transcends me, but it's always pleasant. 6/10

98. John Mayer – Love On the Weekend
A nice melody for a song that leaves me few traces 3/10

100. The Deathray Davies – The Fall Fashions
I always let myself be tempted by these teen songs... I don't like the chorus that is really too much American FM rock. 5/10

101. Chromeo – I’m Not Contagious
Thank you Moonbeam for this little song. It feels good to hear this kind of sound, there are too few for my taste here:-) 7/10

104. Golden Earring – In My House
What could be better than a 60's Beatlesian rock? Finally, the copy is really close. And a little Hammond organ is always good too. 7/10
Top

94. Bruce Springsteen – Take ‘Em As They Come - 5
I've never heard a Bruce song I don't like. I've also heard many, like this one, that are just... fine.
95. Nirvana - Dive - 7
Really interesting texture to this song. I like it!
96. Son House – Death Letter - 8
Yeah, I really enjoyed this piece. Something about the guitar work grabs me.
97. Branford Marsalis – Berta, Berta - 8
Awesome experience to listen to not knowing what I was getting into. Feels like you're really "there", wherever there is.
98. John Mayer – Love On the Weekend - 4
Felt like it kept promising something interesting and then never delivered.
99. Raul Seixas – Tente Outra Vez - 5
Odd but enjoyable
100. The Deathray Davies – The Fall Fashions - 6
Good start, less inspring middle, good ending. I'm a sucker for a brass backing.
101. Chromeo – I’m Not Contagious - 4
I really like Chromeo, and parts of this song, but the way this one comes together is kind of... a hot mess?

102. Talking Heads – Radio Head - 9
Probably my favourite song from True Stories. Also one of the few songs from the film improved by David Byrne's vocals.
A true highlight in what I think is their weakest album (but not bad by any stretch).

Golden Earring – In My House: 6
I feel like that
Top

Golden Earring – In My House

Golden Earring – In My House: 6
If like me you are from The Netherlands you'll find Golden Earring a huge force. Around the world they are known for Radar Love and maybe Twilight Zone, but around here they were a decades spanning hit machine. Despite hearing a lot of them over the years, I never heard In My House. Like all their earliest stuff it is very Beatlesque and not at all bad. Could grow, maybe.
Top

StevieFan13 wrote:Clearly a song with no influence on anything important at all. That name is cool, though.

Radiohead rarely makes a bad song and this is a good melancholy ballad, with lots of detail.
Top