Now a song that’s bubbling on AM. It’s also the fifth song from the eighties in a row:

Van Halen – And the Cradle Will Rock: 5
I feel like that
Top

Van Halen – And the Cradle Will Rock: 7
And so will I. This song just rocks! Great guitars, excited vocals and silly but appealing rebel lyrics. Good stuff.
Top

Van Halen – And the Cradle Will Rock

Today’s song ranks on AM at #3941. It also break the run of eighties songs:

Ace – How Long: 5
One of those songs I only knew vaguely. Hard to actually dislike, but there is a reason it doesn't stick that well in the mind with me. I find this a little too soft in each department.
Top

TIL that this is actually a 70s song, for some reason I thought it was from the 80s, even though it obviously has a '70s sound'.

Amazing song, as far as soft rock goes it's amongst my favorites, it really deserves that AM rank.
Festina Lente
Top

Rob wrote:Ace – How Long: 5
One of those songs I only knew vaguely. Hard to actually dislike, but there is a reason it doesn't stick that well in the mind with me. I find this a little too soft in each department.

Not a good run for my ears
Top

Papas Fritas – Way You Walk: 7
Like yesterday a very soft song, but this one works a lot better. Really nice vocals from both the singers and a sweet melody that just hits the right spot. Lovely is the word.
Top

Definitely not my 205th fave of all time. My guess is that it Way You Walk belongs to someone else.
Top

It's the #205 of Zombeels
Festina Lente
Top

Zombeels wrote: Noticed we have 2 songs at 169

Both mistakes are fixed.
Top

I’m moving today and what better music to do that to than a Hymie selection?:

Wynonie Harris – Git to Gittin’ Baby: 5.5
I feel like that
Top

Rob wrote:I’m moving today and what better music to do that to than a Hymie selection?:

You got that right!


It's insane that Wynonie is still not in the Rock and Roll Hall of Fame.
Top

fun. – Sight of the Sun: 3
fun. sound so much of their time that even though they are still relatively recent they sound already incredibly dated. Not one of their better songs either. Quite annoying in fact.

This song is bubbling on AM: 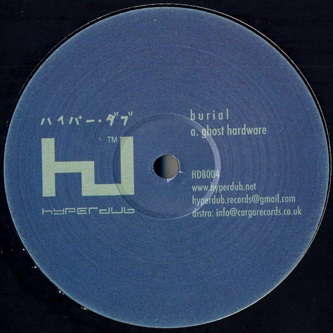 162. Prince- The Human Body 3 Symbol couldn't be expected to know how dated this would become but he could've sounded more engaged. And are the sniffing FX his way of subtly hinting the substances involved in the making of?

163. Faith No More- Digging The Grave 6 Has a sense of urgency and purpose, could be equal to Epic and We Care A Lot after further listens.

164. The Notorious B.I.G.- Suicidal Tendencies 8 There's something about rap that can lend itself to paranoia and troubled minds, this grabbed me from the off.

165. The Fall- Impression of J. Temperance 5 Fall songs are a complete lottery, can't put my finger on why this isn't a winner but it just doesn't distinguish itself enough.

166. AC/DC- Who Made Who 4 Clearly an effort to try to keep up with mid-80s arena rock but lacking the daftness of You Shook Me... or Thunderstruck five years or so either side of it (not to mention the peaks of the Bon Scott era) and what's the point of AC/DC if they're not daft?

167. Slick Rick- Hey Young World 4 Not yet got into an SR tune. I know he's still revered in rap circles but his rhymes and flow just don't do it for me, sorry. Happy to be proven wrong though!

168. R.E.M.- Little America 7 The one track off Reckoning that hasn't ever fully imprinted itself on my consciousness. Not sure why though as Berry's propulsive drumming and one of Buck's most crystalline riffs make the song enjoyable when it's playing.

169. Van Halen- And The Cradle Will Rock 5 I get the rock-rebel vibe they're trying with this (to copy Rob) but I just can't get on board with it.

170. Ace- How Long 5 All 5 points for the bassline, which would feel right at home in a Bill Withers song. Tempted couldn't come soon enough for Carrack!

171. Papas Fritas- Way You Walk 6 I do like a good gossipy song that shows both sides of a broken relationship. There's something about this one that doesn't ring true on first impression but there's enough of interest to give it more chances to reveal its charms.

172. fun. - Sight of the Sun 3 Paralysed by Protools. They've never been my favourite band but the Some Nights album at least had some life to it (will confess to liking Why Am I The One if pushed).

173. Wynonie Harris- Git to Gittin' Baby 5 There's a gutsy song somewhere here and I think making it either more bluesy or more R n B (the 50s kind, of course) would've made me like it more. I accept Harris might have had more primary concerns than making his music more appealing to me, mind you....


174. Burial- Ghost Hardware 9 I'd written off Burial as too ambient (whatever that means) compared with the drum n bass and dubstep (don't hate me

) that I was mainly listening to at the time I first heard tracks from Untrue. But listening to this selection now, I bought fully into it, there's far more going on than I'd noticed in his tunes before, the drum patterns are insane but focused, and I loved how it progressed. Definitely seems like someone whose music I need to re-visit!

This is the first Biggest Fan thread I've given my thoughts on, so I hope I've not rambled on too much or been too critical...
Any brighter flame would be a lie...
Top

170. Ace – How Long: 5
Never liked this, but can't deny that even after not hearing it for many years, it was instantly recognisable.

171. Papas Fritas – Way You Walk: 6.5
This one has enough musical and lyrical content to hold my attention without really calling for repeat listens.

174. Burial – Ghost Hardware: 8
I've always thought this the second best track on Untrue, so it's appearance here is a bit surprising.
Top

Thanks for the update.
Top

Burial – Ghost Hardware: 7
Very good track by Burial, even if I always feel it will get even better.

Like a lot of Jay-Z songs the thing that doesn't work is Jay-Z himself. He is not much of a rapper and his guests are better. Production-wise it is fine though.
Top

I would’ve put Can I Get A... on my list if I’d heard it earlier. It’s an 8, but I’m sad because there isn’t really a perfect blend between the uncensored version (which has a weaker chorus) and the censored version (which has a better chorus but censors a lot of stuff in the verses).
Music is a world within itself, with a language we all understand - Sir Duke (1976)
Top

Hip Hop has become mainly a lyric driven genre, and since I have no interest in lyrics most of it does not work at all for me anymore.
Top

Today the only song by the great Ty Segall that ranks on AM, at #8809:

Ty Segall Band – I Bought My Eyes: 8
I only discovered this song at the beginning of this year; otherwise it might have had a shot at my own list. Great guitars on this one. I love the outro.
Top

Ty Segall Band – I Bought My Eyes: 6
I feel like that
Top

Big fan of Ty Segall and all his projects but I find this to be a weak track.
Top
Post Reply
195 posts