Welcome to Round 3.2 of Moderately Acclaimed Albums 2019.
Vote for your favorite album in each match-up.
Remember, anyone can vote as long as the voter has heard both albums.

Good-spirited comments are encouraged, but not absolutely necessary.
Deadline = October 1st at 10am EST.

It doesn't matter where you've been
As long as it was deep, yeah
Top

VU takes it in OT!
Top

The first match-up is the only one I deliberated over and I'm not entirely sure I've made the right choice...
Last edited by mileswide on Sat Sep 28, 2019 10:48 am, edited 1 time in total.
Before he spoke, his suit bespoke
Top

Cool to see two of my own picks against each other in the third round. I think they are my only two picks left.

Unless Jeopardy is also my nomination which is possible. I don’t remember.
Top

Unless Jeopardy is also my nomination which is possible. I don’t remember.

If I were to rank the albums, I would have Stetson at #1 and Ahmed at #2 - so I rather wish they weren't against each other.
Top

Blur - 13
Foo Fighters - The Colour And The Shape
Peter Gabriel - Us
"On a mountain range, I'm Dr. Strange"
Top

Since this week we have the executioners of three of my nominations ("Paris, Texas," "Begin" and "Wommat") I can't help but feel that the week could have been much better with these albums (only joking, of course). I'll try not to take revenge on the butchers (joking again). 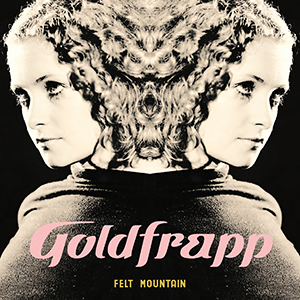 5. Mogwai - Mogwai Young Team (1997) vs. 2. Blur – 13 (1999)
Mogwai's debut is an icon of mid-1990s post-rock, contemporary of "F♯A♯∞" and Tortoise second album, and their most acclaimed work (even if I prefer "Rock Action") with its loud/quiet dynamics and hypnotic soundscapes. But my vote goes to "13," the sound of a band getting rid of the Britpop sound that made them famous and creating among internal tensions that paradoxically enhanced the final result. The battle between Coxon's punk and Albarn's experimental directions did the trick.

1. Goldfrapp - Felt Mountain (2000) vs. 6. Foo Fighters - The Colour and the Shape (1997)
Goldfrapp wins my vote as album of the week with her lush yet intimate debut album. A 21st Century update of the John Barry's James Bond style songs, enhanced by the richness of Alison Goldfrapp voice, especially in her warm/sexy/whispered register. The second Foo Fighters album is also very good, with remarkable energy and musicianship, but it pioneered a style (post-grunge) I'm not too fond, even if we can't blame Grohl for the sins of Creed or Nickleback. "Everlong" is great though…

3. Colin Stetson - New History Warfare, Vol. 2: Judges (2011) vs. 4. ማሕሙድ ፡ ኣሕመድ - ማሕሙድ ፡ ኣሕመድ (1975)
Two albums using jazz as point of departure but getting to very different points of arrival. Mahmoud Ahmed was the main name of the Tizita genre, mixing jazz, Afro-Cuban rhythms and Ethiopian traditional music and creating a very particular sound simultaneously melancholic and uplifting. But the approach of Colin Stetson is absolutely unique, he plays his sax in a way that sometimes is barely identifiable as a sax, and the fact that he recorded it live without overdubs is truly impressive.

7. Peter Gabriel - Us (1992) vs. 8. The Crocketts - The Great Brain Robbery (2000)
This week's weak bracket. The Crocketts sound like the typical British indie rock band circa 2000, nothing wrong (good enough playing and songwriting) but nothing too special. Gabriel continued with his world music influences and detailed production but this time he lacked both the avant-garde attitude of his solo tetralogy and the commercial pop punch of the successful "So," going instead for safer sounds. But like in any other Gabriel album we can find gems even if we need "Digging in the Dirt."

Well, it seems that finally I voted for two of the three executioners. Revenge can wait…
Top

Controversial opinion: 13 and The Colour and the Shape are the two worst albums left for round 3. I really can't get what other people hear in the horrible mess of the first and the complete lack of anything resembling originality in the latter. Especially in contrast to the Mogwai and Goldfrapp albums - which seem likely to lose - it just feels wry. And then there's the greatness of the third match-up here, both of whom I'd love to see go on.

Rob wrote: ↑Thu Sep 26, 2019 2:26 pm Controversial opinion: 13 and The Colour and the Shape are the two worst albums left for round 3. I really can't get what other people hear in the horrible mess of the first and the complete lack of anything resembling originality in the latter. Especially in contrast to the Mogwai and Goldfrapp albums - which seem likely to lose - it just feels wry. And then there's the greatness of the third match-up here, both of whom I'd love to see go on.

Both albums have three ranked songs on AM. I think the three Blur songs deserve their rankings and the three Foo Fighters songs deserve higher rankings. I think Hey, Johnny Park! deserves to be on AM as well. I should have voted for it in the choruses poll. I love the drumming on Everlong (didn't fully appreciate it until I saw it live) and "since I was always caged and now I'm free!" in Monkey Wrench is one of my favorite climactic moments in any song and probably my favorite scream in any song (between that and Won't Get Fooled Again). There are four other songs in my top 10,000 as well, and a couple others that are close.

So that's what I hear in that mess.

I didn't listen to Mogwai so I'm abstaining there, but I'm voting for Foo Fighters.
Top

Rob wrote: ↑Thu Sep 26, 2019 2:26 pm Controversial opinion: 13 and The Colour and the Shape are the two worst albums left for round 3. I really can't get what other people hear in the horrible mess of the first ....

EXcept the incredible songs, the perfect sound and the beauty of the melodies? I don't know

Young team and 13 are my favourites this week in completely different style. But 13 have such great songs. I adore the Britpop, for me, it's almost the only thing that saved the 90s musically, and this album is no exception. Finally the return of real beautiful and good songs close to the great 60's bands in "The". It's not my favourite from this band but I understand why someone named him here.
Top

Yes, but if I was in charge there would be three Young Team and Felt Mountains songs too, at least. For Young Team I'd add Like Herod (currently bubbling), A Cheery Wave from Stranded Strangers and the already ranked Mogwai Fear Satan. From Felt Mountain Lovely Head and Utopia are already deservedly on the list, with Human bubbling, though my third choice would be the wacky Oompah Radar. That's six songs better than anything that appears on 13 and certainly The Color and the Shape.

To be fair, I think 13 opens well with it's first three tracks, but after that there are quite a lot of bad ones, but most of all the whole collection feels like they don't belong in the same album. Experimenting with style and sound is all nice and well, but here the whole is less than the sum of it's parts. I find sitting through 13 just a very annoying experience and the sense of a mess combined with some absolute failure of songs feels like I'm listening to a band who has completely lost the plot or try too hard to do something different. It's actually one of my least favorite albums in the whole top 3000. Most of Blur's output I don't care about much, but 13 is the one I actively dislike.

The Color and the Shape has the opposite problem. It doesn't try hard enough. I can't think of a single reason why I would listen to this album over at least 500 different hard rock albums. It's as generic as they get. But what do I know; I needed to hear Everlong about 30 times before I could remember how it went and I still struggle to recall it most of the time. And I actually agree that it is the best song on there! They just have a sound that doesn't connect with me.

I think what bothers me especially this round is that their direct competitors are so much more unique and better executed. I know that is personal, but Young Team is one of those albums that strikes me deeply. Not only is the music layered, I also feel many different and rather deep emotions when listening to it, from the sad to an almost electrified state of ecstasy. Felt Mountain seems like a completely fresh take on the trip hop genre, mixing it with sci-fi b-movie camp and what seems to be a sort of burlesque. Both deliver something that is both consistent, well played and especially something I can't get anywhere else.
Top

6 | Peter Gabriel | Us
8 | The Crocketts | The Great Brain Robbery
"The first word in this song is discorporate. It means to leave your body."
Top