Welcome to the round 1.14 of Moderately Acclaimed Albums 2019!

Good-spirited comments are encouraged, but not absolutely necessary.
Deadline = July 2nd at 10am EST.

He not busy being born
Is busy dying
Top

1. Thelonious Monk - Brilliant Corners
2. Super Furry Animals - Radiator
3. Paramore - After Laughter
4. Heatmiser - Mic City Sons (Had no idea Elliott Smith was in any other projects, this is my favorite discovery so far!)
Top

Just missed 1.13 but fortunately I wouldn't have had an influence (glad the Boos made it....)


1. vs. Coldplay - Parachutes (9/10). Good jazz but Coldplay's debut is simply stunning. Shame they went downhill after this.
2. Blur - Modern Life is Rubbish (10/10) vs. - oh my. The battle from hell. I really love both albums, MLiR being my favorite Blur album. SFA have a very consistent output and I love their Welsh quirkiness. I wish I didn't have to choose, both deserve to go further.
3. vs. Flotation Toy Warning - Bluffer's Guide to the Flight Deck (7/10) I preferred Paramore when they veered towards emo-rock. Hayley doesn't have a bad voice, though. Really !
4. Rei Kondoh/Masami Ueda/Hiroshi Yamaguchi - Okami Original Soundtrack (TBA) vs. Heatmiser - Mic City Sons (9/10)
Last edited by spiritualized on Tue Jun 25, 2019 5:02 pm, edited 1 time in total.

Parachutes (the one good all-around Coldplay record)
Modern Life is Rubbish (really tough choice, but I also wrote a whole essay about "For Tomorrow" so they get the edge)
After Laughter
Mic City Sons
Music is a world within itself, with a language we all understand - Sir Duke (1976)
Top 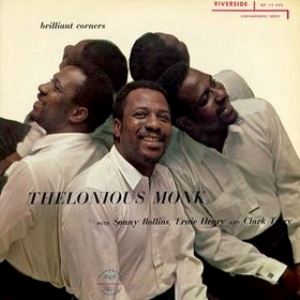 Favourite song of the week: Yellow

The "short" version of the Okami soundtrack...

Coldplay - Parachutes
Super Furry Animals - Radiator (very close between this album and the Blur one)
Paramore - After Laughter
"On a mountain range, I'm Dr. Strange"
Top

Radiator's not on Spotify.
Top

I unfortunately don't have 5 and a half free hours to listen to Okami, but I'm glad that Heatmiser doing well!
Top

Listyguy wrote:I unfortunately don't have 5 and a half free hours to listen to Okami, but I'm glad that Heatmiser doing well!

Favourite song of the week: Super Furry Animals | Mountain People
"The first word in this song is discorporate. It means to leave your body."
Top

I'll vote now, since I'm going to be busy the next few days and doubt I'll have time to listen to the last two (I noticed even the shortened version of "Okami" is 2 1/2 hrs.) I listened to part of it and liked what I heard, so I'll listen if I can. (I'm not familiar with Heatmiser.)
Top

Wait, there is no new wave/ post-punk album of the early 80's this week. Brad, is this still Moderately Acclaimed Albums 2019?

8. Paramore – After Laughter
People here seem to like it a lot and to each his own, but to me this is just bland pop music of which too much is released already. There is not much to these songs: too simple lyrics, catchy melodies that aren’t catchy enough, no noticeable instrumentation or production touches – hell, even the voice that Spiritualized feels stands out doesn’t grab me all that much. I like two songs: Hard Times – the only one that hits the right pop sweet spot – and Pool, but I actively dislike the ballads. How this is beating the album by Floatation Toy Warning is very hard to get for me.

7. Heatmiser – Mic City Sons
A fine collection of singer-songwriter material, with some rock tracks added in between. It’s interesting to see that Elliot Smith’s style is already fully formed here and that it hardly matters whether he plays with another band or not, but I don’t care enough about Smith to make this album exciting for it. In fact, my favorite track here was Low-Fying Jets, not a Smith track. I guess this album is fine all around, but I suspect I will have forgotten about it the moment it leaves this game.

6. Blur – Modern Life Is Rubbish
This must clearly be an attempt to make the most British album since the heydays of The Kinks and it succeeds rather well at that. Even on Miss America, about a seemingly American subject performed in a sort-of country style, Albarn compensates by making his British accent more pronounced than anywhere else. Still, Modern Life Is Rubbish doesn’t even come close to being as uniquely British as The Kinks. With the Davies’ band there was always the feeling of entering a familiar magic place: clearly the UK, but enhanced, made more poetic. Blur just make pop rock tunes.

I really don’t get the status of this band all that much, because even at their best (and they can be very good) I just never feel that they do something that is all that remarkable. Albarn seems somebody well-versed in the language of music, but without the ability to add a new voice to it (in the way, say, David Bowie could appropriate music and turn it into something that sounds unmistakably his). Modern Life Is Rubbish might well be the best Blur album. Every track here is good, in the way that nothing stands out badly, but also nothing stands out in a more remarkable way. It’s one of those albums I don’t mind listening to, but I can’t think of any reason to put it on. Britishness alone is not quite a personality.

5. Super Furry Animals – Radiator
If Blur is very typical of Britpop, Super Furry Animals somehow were always just a little too weird for that genre. Case in point: Radiator contains a song completely in Welsh – their mother’s tongue – and it is placed somewhere in the middle. Of course, they made a complete album in that language so this was only a small step. The whole album feels like these guys just trying new things. Not every song is great, but it does keep things feeling fresh and some songs here are gems, with Demons and Mountain People as the best tracks.

4. Coldplay – Parachutes
How lovely were Coldplay in their earlier years? I don’t think they ever made a consistently great album, but this might still be their best. Some tracks are only ‘just fine’, but mostly these are some sensitive, melancholy songs that don’t yet delve into the mawkishness that would be come theirs more and more. The best tracks here - Don’t Panic, Trouble, Yellow – have a sensitivity and honesty about them that is hard to achieve in a style that can easily become too much or too little. Here they are simply moving and soothing.

3 Thelonious Monk – Brilliant Corners
Apparently a major album in jazz history, but I’m not the right person to judge it on that. What I can judge though is how great it sounds. I wanted to commend especially on the interplay of the title track, only to hear that tensions were high among the musicians during its recording, which resulted in no fully finished take (among over 20 attempts), leading producer Orrin Keepnews to piece it together. So my compliments to Keepnews: you made it seem like Brilliant Corners has some of the best interplay I have heard.

I’ve also noticed in recent times some fondness in myself for drums in jazz and this isn’t the first time I noticed Max Roach, whose discography I should check out. His solo on the title track is just plain awesome (or was this Keepnews as well). Besides drums, I slightly prefer piano-driven jazz over sax-driven variants. Of course, both instruments are present, but although I don’t want to belittle Sonny Rollins’ contribution here, you can tell that the group leader is a piano player, as that seems to lead things off for the most part. All tensions aside, every track here seems vital and lively, with besides the title cut the closing Bemsha Swing as a personal favorite.

2. Flotation Toy Warning – Bluffer’s Guide to the Flight Deck
Strange band name with an equally strange album title. It may sound pretentious on the outset and perhaps the music will seem pretentious to some, but not to me. These are some lush compositions, somewhat like Neutral Milk Hotel played (and sung) straight. Immediately when Happy 13 started I got sucked into it’s surprisingly warm melancholy, striking arrangements and great lyrics. After that follows one great song after the other, perhaps peaking with the long Donald Pleasance, one of those tracks whose feeling only deepens as the running time keeps expanding. The various “hidden tracks” on the final track are not worth much, but that is the only weakness on this otherwise great discovery.

1. Rei Kondoh/Masami Ueda/Hiroshi Yamaguchi - Okami Original Soundtrack
So, Japanese game soundtracks are strange. Rarely released in the West, they tend to package every bit of sound in them, usually in chronological order. In some cases this leads to an overabundance of two-second tracks, containing one or two notes, as well as some sounds that barely can be called music. In case the game in questions is very big, like Okami, these soundtracks can become very long. That Okami has a western version that’s ‘only’ contains 2 and a half hour of content and removes anything that doesn’t contain a melody is nice. Still, I wonder why the Japanese video game soundtrack industry – for which there really is an audience, underserved in the West – don’t take a cue from the movie industry, who have long learned that some form of sequencing and editing makes it more sound like an actual album you can listen to.

Maybe two and a half hour of Okami music is a bit much for some people here and the very poor performance of it in this poll seems to indicate this. For me though, this length is a breeze to get through. I have listened to the full 5+ hour, Japanese edition for some time on YouTube, but that one contained too much of the non-song material in between the tracks I came for. This UK edition is ideal, so thanks Honorio for compiling it.

These two and a half hours to me are just great, atmospheric music. The game itself is styled after old Japanese pencil art and calligraphy and the music is fittingly traditional, with little compromise for modern trends. Like the work it represents it feels like a labor of love. What’s more, even in this long running time it doesn’t become repetitive. It remains fresh, with a good mix between fun, adventurous, dangerous and more sublimely elevating tracks. Maybe it is the link I make with the game, but it also reminds me of nature a lot. Most of all, it is a unique take on traditional Japanese music, giving it a special kick that makes it stand out.


A simple overview of my votes: